The Samsung Galaxy Z Flip4 has been officially presented: everything you need to know about the fourth generation of the popular foldable smartphone.

During the Galaxy Unpacked event, Samsung unveiled its new Samsung Galaxy Z Flip4 , the fourth generation of the popular foldable with clamshell form-factor. The design has remained virtually unchanged from its predecessor, but there are some notable new features.

The heart of the new folding is the Snapdragon 8+ Gen1 , which is the current reference SoC of the high-end Android market. It is simply impossible to ask for better. The device will be sold in a single cut of RAM, ie 8 GB. On the other hand, three different storage sizes are available: 128, 256 and 512GB.

Samsung has made huge strides with the Galaxy Z Flip4 battery, which is now a 3,700mAh Dual Battery with 25W charging and 15W wireless charging. 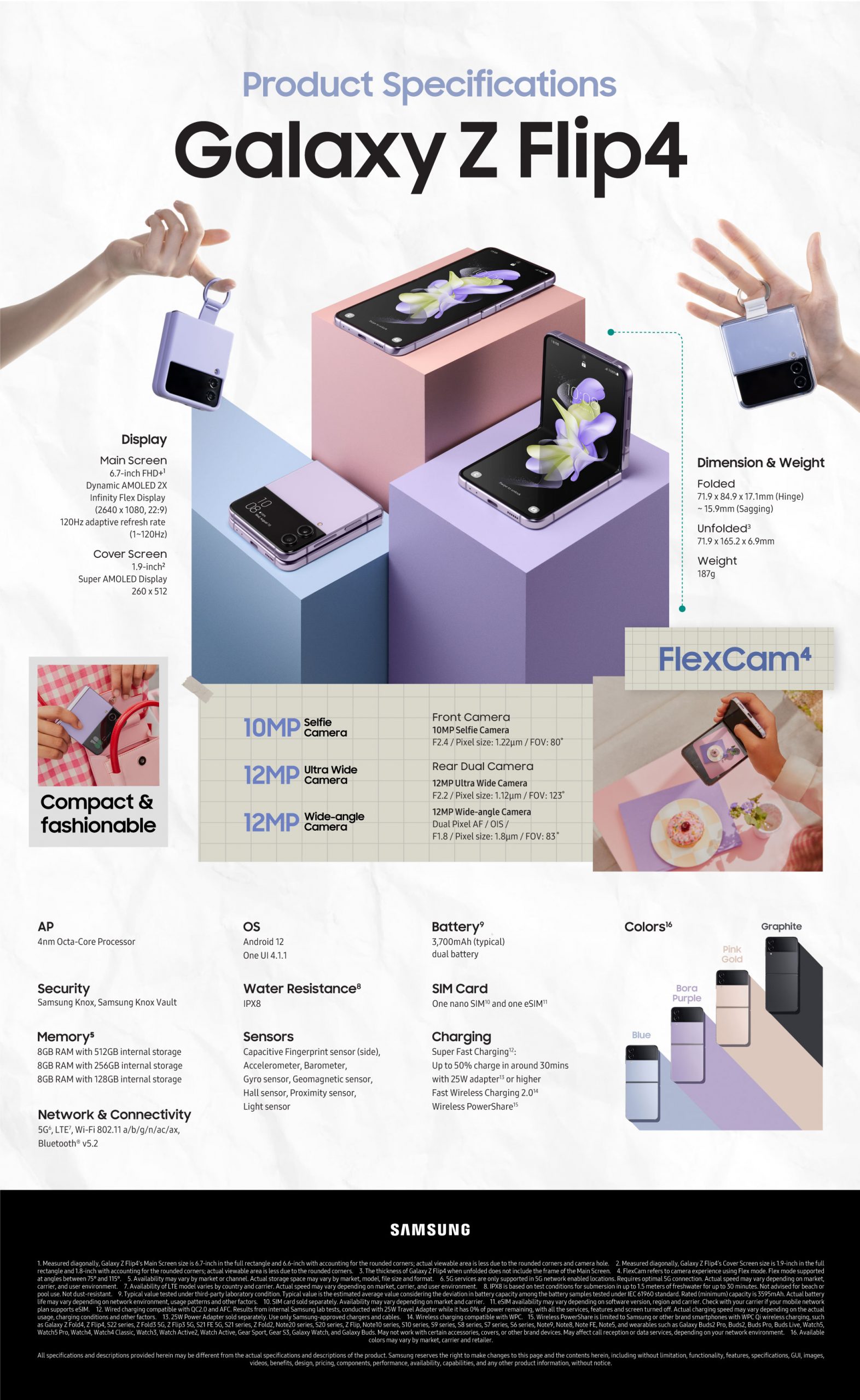 Samsung has long emphasized the FlexCam mode , which allows you to partially open the screen, using the bottom surface as a base. The feature is supported by a large number of third-party applications, including Facebook and Instagram.